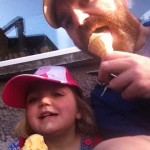 Matt is co-artistic director of We Made This and a board member of dante or die. 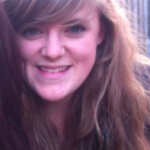 Katie recently graduated from the Royal Welsh College of Music and Drama with a BA (Hons) degree in Stage Management. Her recent works include Before I Leave (National Theatre of Wales), Wind in the Willows (Oxford Playhouse), Swarm & The Mountaintop (FIO) and Romeo & Juliet (National Youth Theatre of Wales Tour). 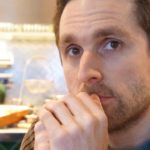 Paul  is a theatre designer and director with a parallel visual arts practice. He has designed set, costumes and videos for numerous shows, working in venues ranging from Shakespeare’s Globe in London to Prithvi in Mumbai, Black Box in Hanoi, Here in New York and WUK in Vienna. He has taught at numerous universities, including Goldsmiths in the UK and the National College of Arts, Pakistan, and is an associate artist at Queen Mary, University of London. He is artistic director of Daedalus Theatre Company, for whom he’s directed shows including A Place at the Table and Selfish, and on the committee of The Society of British Theatre Designers. 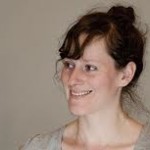 Catherine has worked for many years as a theatre maker and performer, working with, amongst others, Chris Goode, Uninvited Guests and National Theatre Scotland. Recent theatre credits include 1 Beach Road (RedCape Theatre) and audio theatre pieces Ring and Fiction (David Rosenberg and Glean Neath).

More recently she has begun to focus on solo work and writing. Her self-written solo performance We Don’t Live Here Anymore has been supported by WalesLab and Arts Council Wales, performed at Pulse Festival and at South Street Arts Centre, and will undergo further development and tour next year.

Last year her short radio drama If We Were Fish was commissioned and broadcast by BBC Radio Wales. Current writing projects include Be Brave And Leave For The Unknown for RedCape Theatre (which will tour nationally this year and next) and Hold Me Down (a film project in collaboration with visual artist Nerea Martinez de Lecea). Catherine’s short play My Electric Soul has recently been selected by the Sherman Theatre to be performed at TTAITAITH, their showcase of new writing. 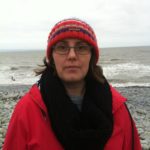 Jacqui is co-artistic director of We Made This

Gwawr trained at the Royal Welsh College of Music and Drama. 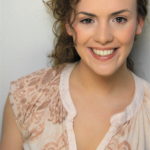 Her TV credits include THE INDIAN DOCTOR for BBC, and BYW CELWYDD, TIR II, CARA FI and TEULU for S4C.

Connor graduated from the Royal Welsh College of Music and drama earlier this year having studied Stage Management and Technical Theatre. He specialised in Lighting Design and since then has undertaken roles such as relighter for multiple tours and lighting assistant for several productions such as Macbeth at Shakespeare’s Globe and The Last Mermaid at the Wales Millennium Centre. Previous Lighting Design credits include The Star Spangled Girl at Volcano Theatre in Swansea, Octopus at the Edinburgh Fringe Festival and most recently working alongside Andy Purvis to create the UK tour of Ceirw – A Savage Hart. He looks forward to the experience of working with We Made This. 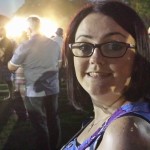 Nia studied Drama and Theatre Studies at Aberystwyth University. She formed a theatre company; Cwmni Theatr 3D with two friends immediately after graduating and has sinced produced numerous bilingual productions, touring around Wales, beyond the border and Edinburgh Fringe. She worked at Night Out, Arts Council of Wales for 10 years.

She was selected as one of the first Emerging Producers with National Theatre Wales, where she met Matt Ball. and since then she has continued to work as Producer with We Made This, Bread & Goose, Assistant Producer on The Last Mermaid (WMC), and Promoter with Mai Oh Mai Productions, August 012 & Run Ragged Productions. She is currently working as Producer with We Made This, Invisible Ink Motherlode and Papertrail. 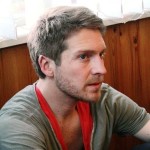 Morgan often devises his own work that is physical theatre based. He is also a director and drama facilitator for many organisations such as National Youth Theatre Wales, University of Wales Trinity Saint David, Sherman Cymru, Hijinx Theatre Academy. He feels strongly about facilitating work that promotes inclusivity throughout the arts.